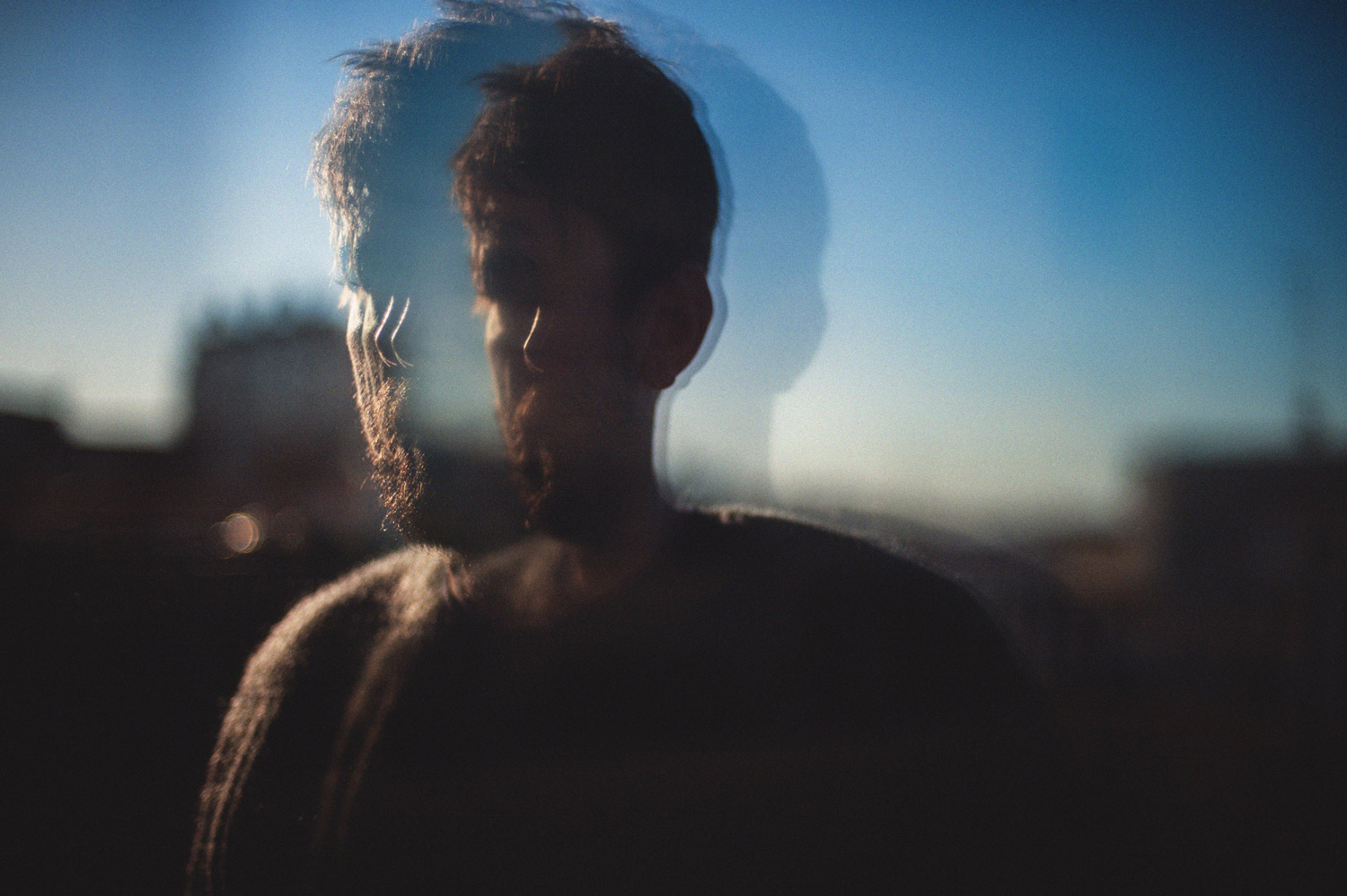 So, very briefly, my parents are teachers and I’m the eldest of four siblings. I started playing the drums when I was three years old, studying music at 6, playing in bands at 10, at 14 I fell in love and at 15 I did my first album (drums, making metal influenced by bands such as Deftones / Korn / Sepultura). At 16 I started teaching the drums at a local music school and also worked other jobs so that I could have money for instruments, equipment and rehearsal studios.

At 18 heartbreak and sadness came and I stopped playing the drums, I took a guitar and I became a fucking singer-songwriter. I started recording myself and producing my own sad albums in a room at my parents’ house, just as I started a degree in Fine Arts. I spent a good while in that dark and depressing mood, I swear… After a few years recording tons of albums that are still in drawers, learning how to record, how to compose and how to write, at 21, out of all that material I had recorded during those years, came the “Postdiluvian”, an unpublished album, with lyrics in English, that is 80 minutes long and is darker than anything I have ever done. Stemming from this album, which was only listened by friends and acquaintances, a year later, at 22 I was commissioned to do my first movie soundtrack for the film “Zulo”, and then I started making music for adverts and television.

At 23 I focused on studying audio production and postproduction and at 24 I began to do more serious album tours to create my sarcastic-humorous project called “Estanislau Verdet”. At 25 love reappeared in my life and at 26 I started my own recording studio in a basement of the neighbourhood of Gràcia, in Barcelona. At 27 I put the project Estanislau Verdet to an end after two albums, because it was becoming too big, and I founded my own label, Amniòtic Records, to re-edit the album u_mä (a project Maria Coma and I together).

At 28 I started signing my albums with my own name (at 28 “2010” and at 30 “de bosc” [From the woods]), while I decided to stop doing the work that I did not like (adverts, lessons and similar) and since then, in order to be able pay for my albums and tours, I focused on the production of albums for other bands in my studio, composing soundtracks for movies, directing the label and playing live music with other projects such as Maria Coma (drums), Standstill (vibraphone and percussion) and Inspira (drums) until the age of 32. After about six years non-stop and not having had any vacation, it became too much. I was overwhelmed and I decided to leave and close it all, grabbed some scarce money I had saved and went to live in a cottage in Banyoles with some chickens to calmly write the new album I have just released: “Pels dies bons” [For the good days].

At 33 I released the album (“Pels dies bons” [For the good days]) and I decided to do it independently from the industrial and business circles, self-editing, self-manufacturing manually the copies (with stamps and cartons, one by one), self-managing (making the bookings, the logistics, the production and the communication) and selling the album in concerts and online. The project, contrary to what I had expected, grew a lot and I began to live exclusively from my music for the first time after 14 albums. And it ended up being a 90 concerts’ tour (including Spanish and European tour) and all copies were sold (2.500!). Once I finished this album’s tour I put an end to my parenthesis in Banyoles and I went back to live in Barcelona.

At 34, to close the circle of this album, in September 2015, I organized a special European concerts’ tour: 15 concerts in 15 cities in 15 days. From Barcelona to Serbia. Playing in the living rooms of the couchsurfing hosts, for only 20 to30 people, and carpooling as our mean of transport. People didn’t have to pay for a ticket, but everyone had to bring some food so we could all share it after the concert. I travelled with Joan Solé, who recorded everything. Finally, all these material was released as a 14 episode documentary series.

Just after I returned from the European tour, still 34, love reappeared and now, one year after (at 35), I edited my 15th album, the 4th one under my name, titled “Abisme cavall hivern primavera i tornar” [Abyss horse winter spring and back]. A double album, with 22 songs, which I also self-managed: self-editing the album and this time also self-distributing it. The tour of this album lasted a year and a half with more than 80 concerts!

At the end of this tour, at 37, to immortalize the band that played with me on the last tour and record the songs as we played them nowadays at the concerts, I edited two albums: “COSTA-ROJA (Rehearsal sessions in the middle of nowhere)“, with the songs that had changed the most over the years; and “CONCERT 2018“, the recording of the final concert in Barcelona that same year.

The following year, 2019, I released the album “Life vest under your seat” which was about hope and knowing how to ask for help when you need it. And despite the success of the album and the concerts, Covid-19 interrupted the final stretch of the tour.

And it was precisely in this lockdown where the new album was created, entitled “La vida és ara” (2020). A few days before the lockdown I separated and went to live temporarily in the studio for a few days. The state of alarm caught me there and I could no longer leave until 75 days after. The first week of lockdown was a little claustrophobic, but slowly things were put into place and I could start organizing thoughts and feelings of everything that had been happening to me in recent times. This new album is the result of all this. A change of stage, a growing up, a taking distance. I recorded everything by myself locked up there, with the instruments I had and it was my routine and my only task in those 75 long days. I am very happy with the result, I would even dare to say that happier than ever! 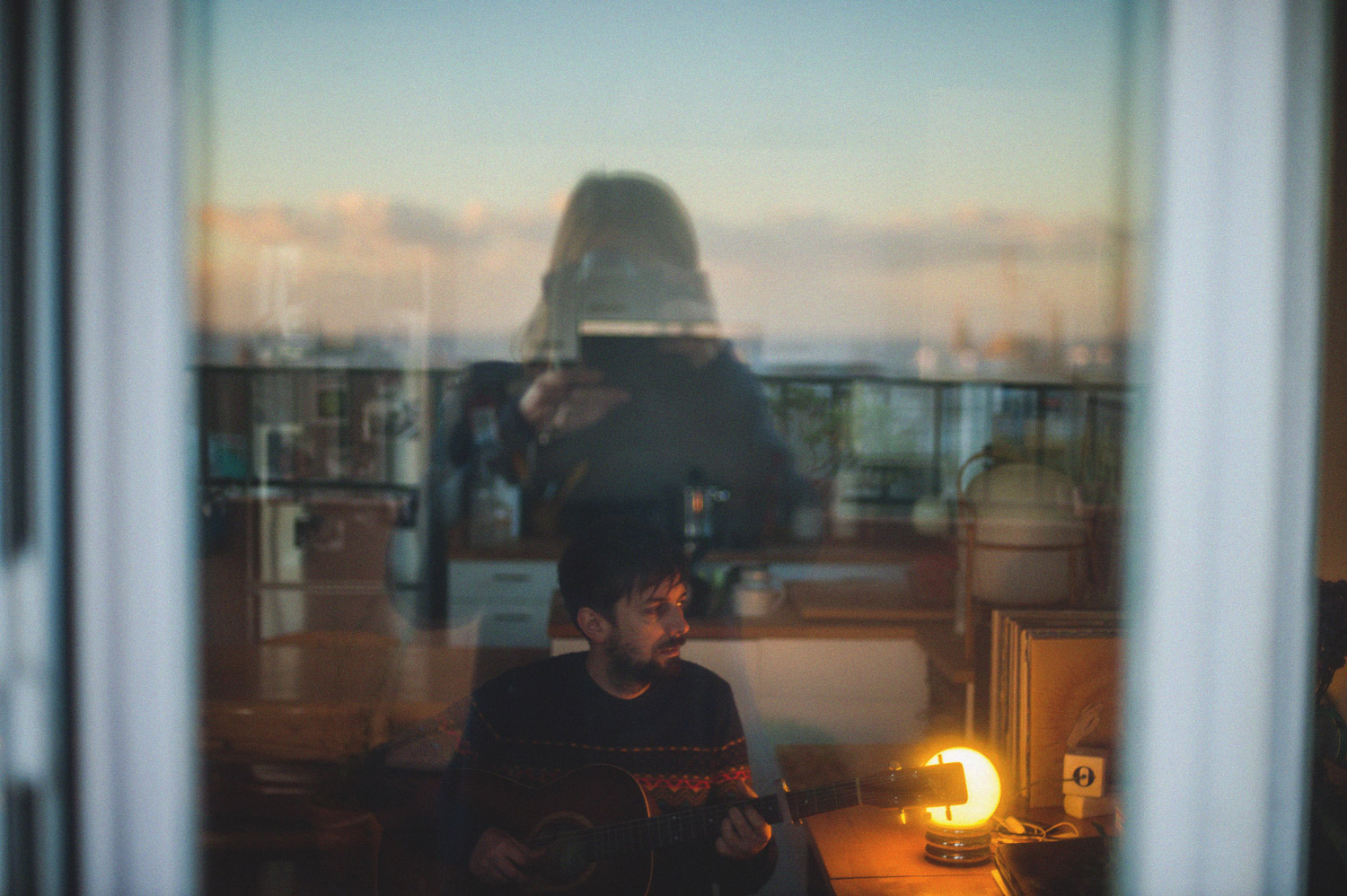